First gig just a week away... THE GAFF here we come! 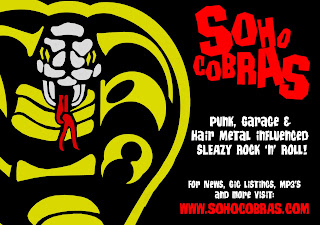 Rehearsal has been going really well so far and I've been writing songs faster than we can learn them.

We're also demoing three more new tracks in the next few weeks. These will be the first completely new full band demos since "GET IT ON" had been written and demoed some time ago for PISTOL KIXX. We never used it, or even played it live, so we decided to get Hazel to record vocals for it and use the track with the new band.

That's all well and good, but eventually you have to get out of the rehearsal room or studio room and do things for real. Now with the first gig only a week away it's time for things to get serious.

Our first gig had been booked for the Friday the 19th in Oxford. (more on this soon) and a big thank you to Johnny Moto for having the faith to book us without having heard a note, but a few days ago we were offered a slot at THE GAFF by Nix from PURERAWK opening up the HIGHWAY TO HELL club night.

I don't think I've ever turned down an offer of a gig I had even the slightest chance of actually getting to, so we decided to bite the bullet and bring the debut live show a week forward. We're first on of four bands so it'll be a nice short set to ease us in to a longer set higher up the bill the following week in Oxford.

We're playing with New Generation Superstars, Violent Divine and Vanity Ink so it's going to be a glorious night of filthy rock n roll!

We were taken a bit surprise by all this, we didn't even have any pictures of us all. In the end we threw this together from random live shots of us all: 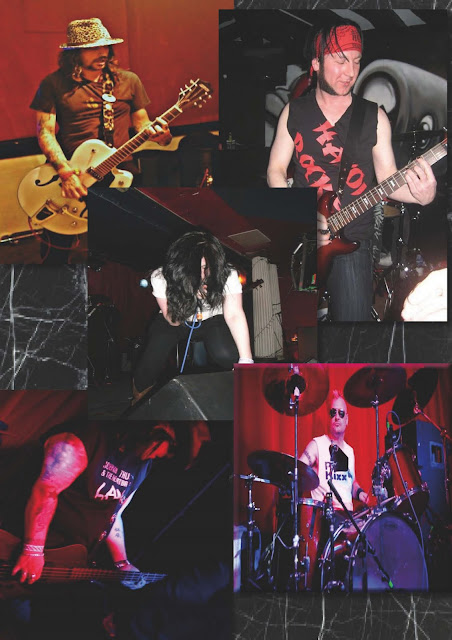 Luckily there seems to be lots of red and black walls in all the pics, so it looks a bit like they were all taken at the same gig, although Hazel doesn't look like she's just crawled out of a TV any more.

So... anyone who's free on Friday March 12th, come and check us out at The Gaff on Holloway Road: 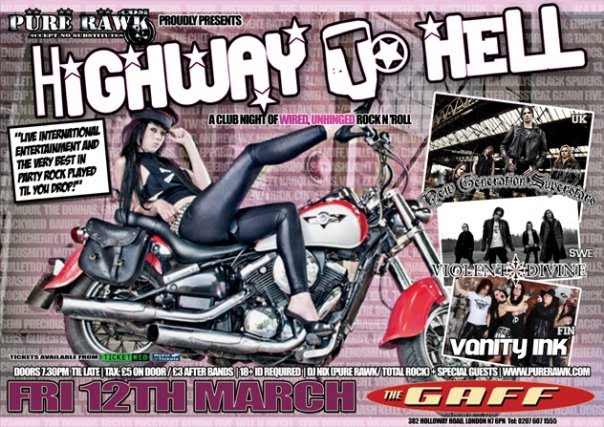 Only £5 for four bands and a club night! You just can't lose can you!
Posted by Rob Silver at 1:11 AM