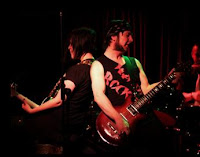 First two gigs have gone really well.
Next one is is at THE UNDERWORLD in Camden. I've played there a couple of times, but not since 2003.
Last Time was supporting SHEEP ON DRUGS with DUST:RETOX. That  show was a bit of a drunken shambles. A good night of glitter covered shirtless fun I guess even if a bit too much tequila was involved and Paulo the guy controlling the samples fucked up literally every time. That was a fun night but I really think THE SOHO COBRAS show is going to be a lot better!
It's also going to be my first gig my my new amp, so I'm looking forward to trying out the JCA20H. More on the new amp though when I can get some video shot.
We're playing on Monday 29th March with NINJA GUN, I think we're on first so get there early. 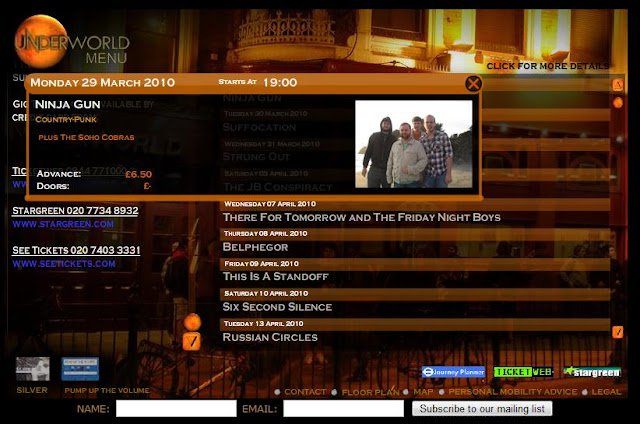 Tickets available at:
TICKETWEB.CO.UK
STARGREEN.COM
SEETICKETS.COM
I've also found some cool pics from the gig last Friday in Oxford. There a few examples below or you can check out the whole gallery at Pelicoophotography.com.
HAZEL in action 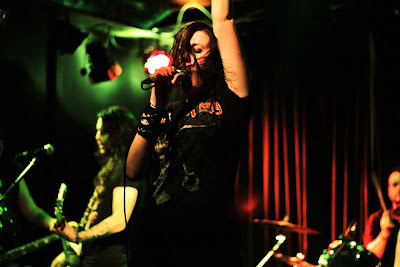 © Pelicoo Photography
ME looking off to one side. 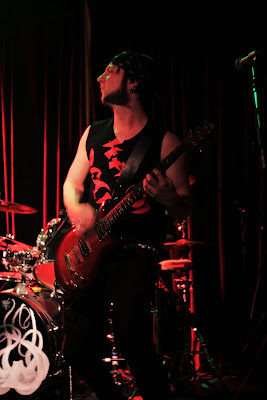 © Pelicoo Photography
ME and DAVE rocking out. 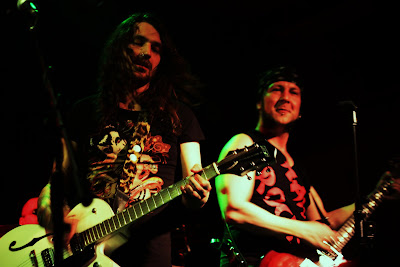