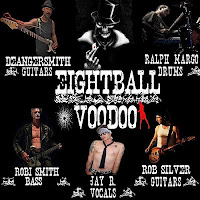 The MINOR BLUES SCALE is spelt 1,b3,4,b5,5,b7. and is usually played as two note per string shapes with the occasional third note when there is a b5 to play as shown HERE.

Strictly speaking I guess if you are looking to map out all positions of a six note scale it should have 6 positions, not just the 5 that are usually mapped out, but since guitarists invariably see the BLUES SCALE as a pentatonic scale with an extra note (Which it is of course) rather than a proper 6 note scale  I think a new "box" starting on the b5 would be quite confusing for most beginners, and not really necessary most applications, since it would be the same almost as Position 3 with the 2 note per string shapes but I am a nerdy OCD kind of guy, and in the context of 3NPS patterns I think it does make sense to include it.

I've included POSITION 3a I guess I'll call it at the end, so you get the 5 positions that are extensions of the standard pentatonic boxes first and then the usually omitted pattern that starts of the b5, which you can look at or ignore at your leisure.

Since the scale has 6 notes that means it works our really easily for three octave patterns because a whole octave of notes fits on 2 strings if you play three notes per string.
This makes the longer patterns a lot easier to learn than most three octave scales because you are essentially repeating the same 1 octave shape in 3 octaves...
If it doesn't make sense, just play through a few of them and you'll see what I mean. 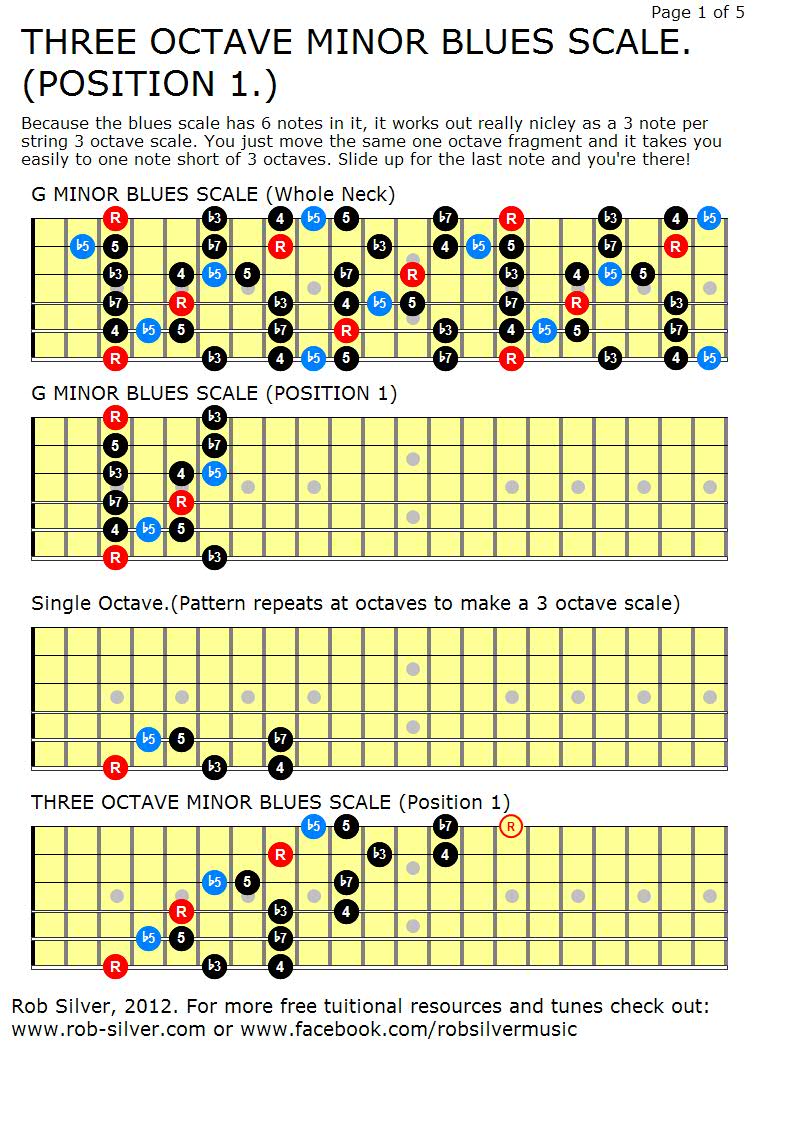 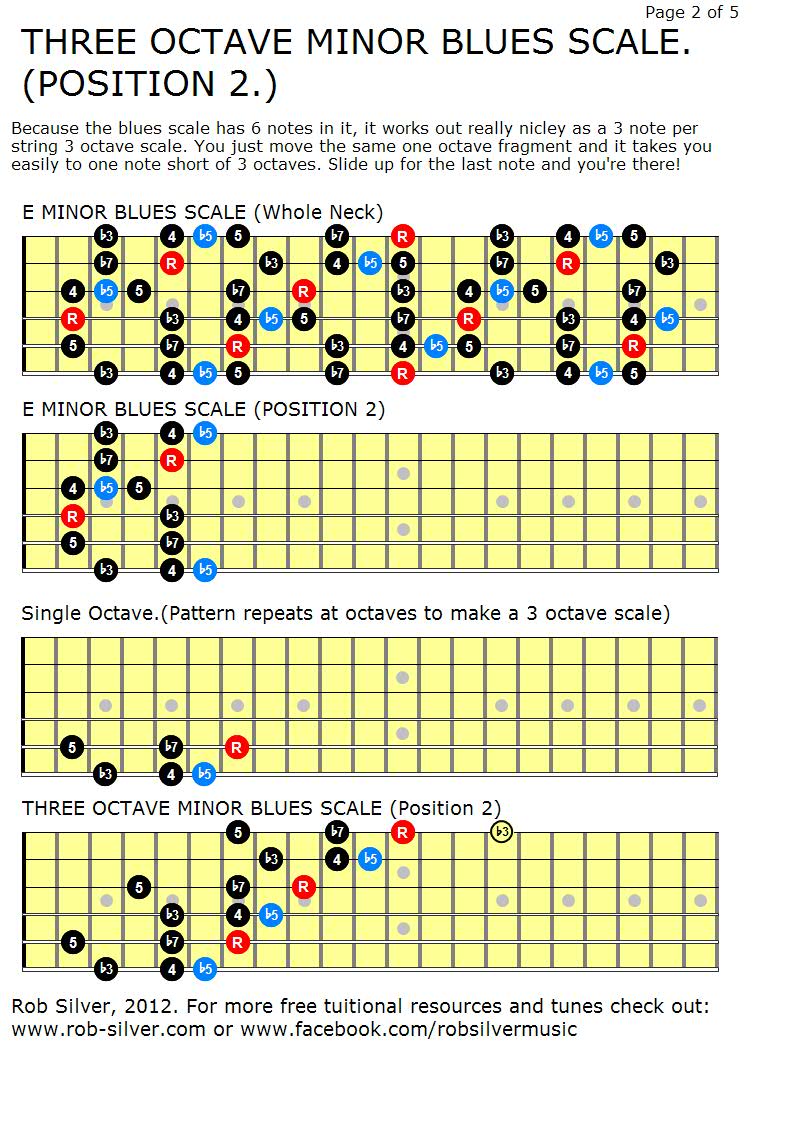 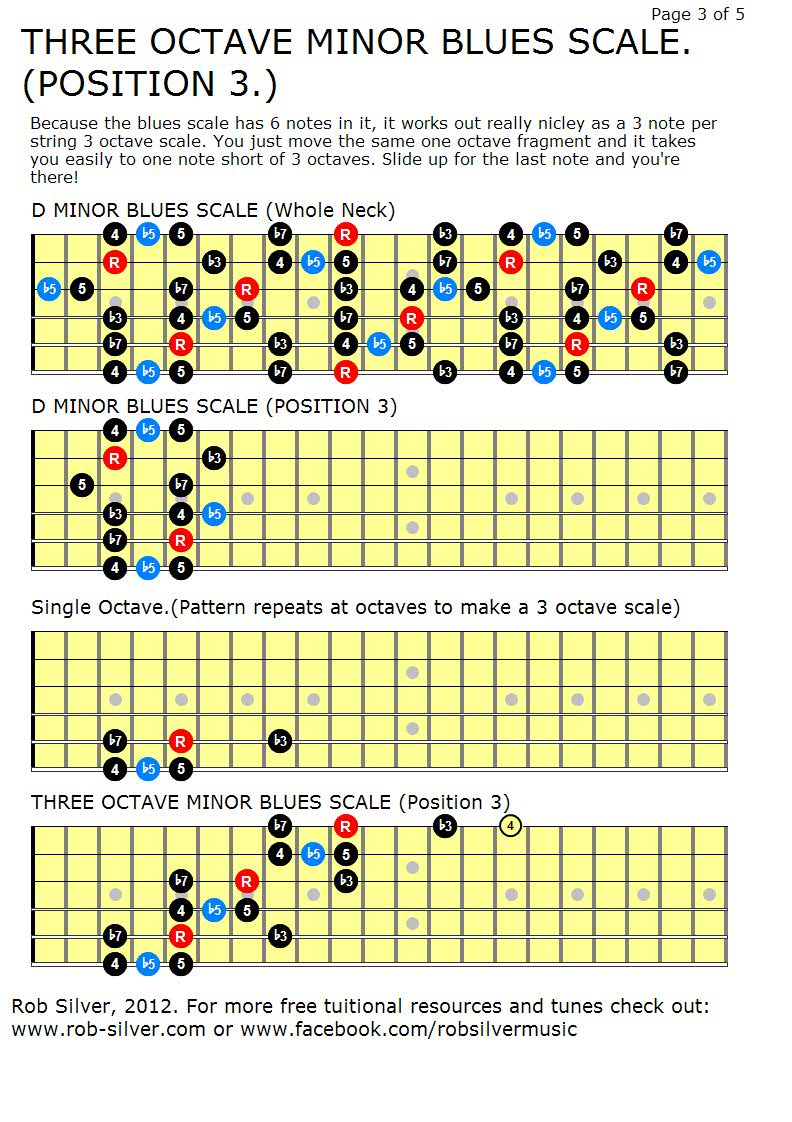 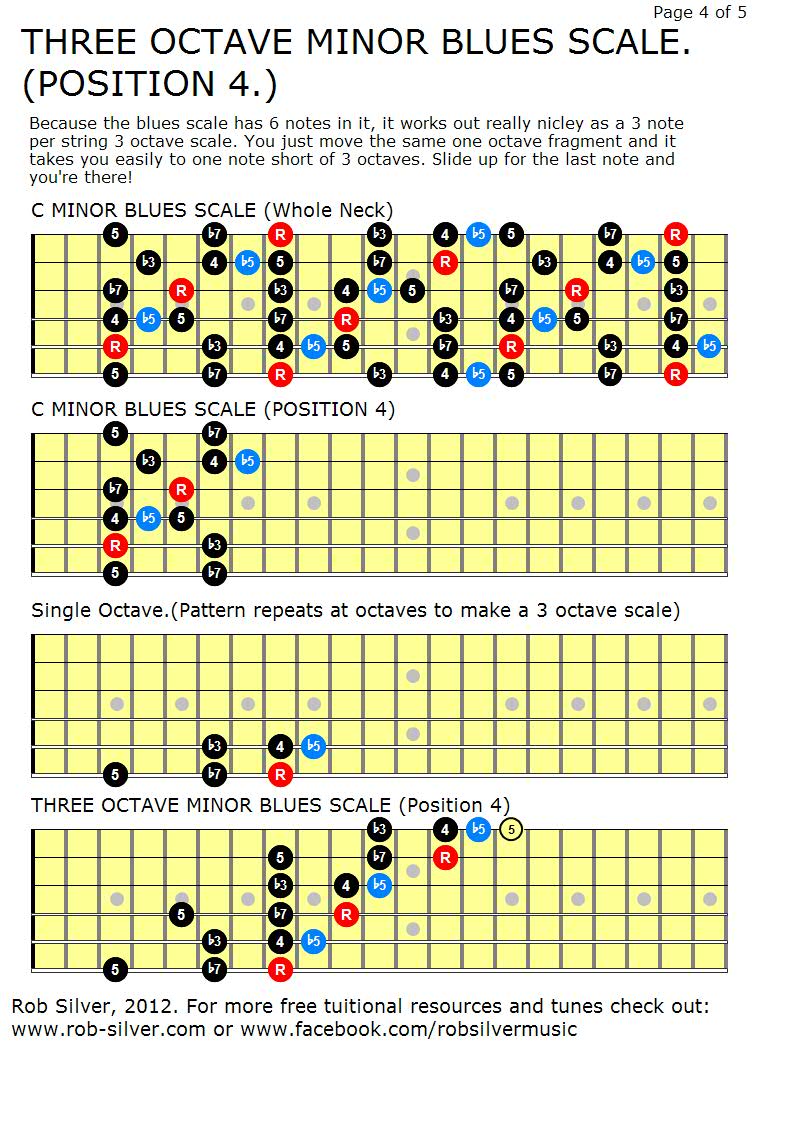 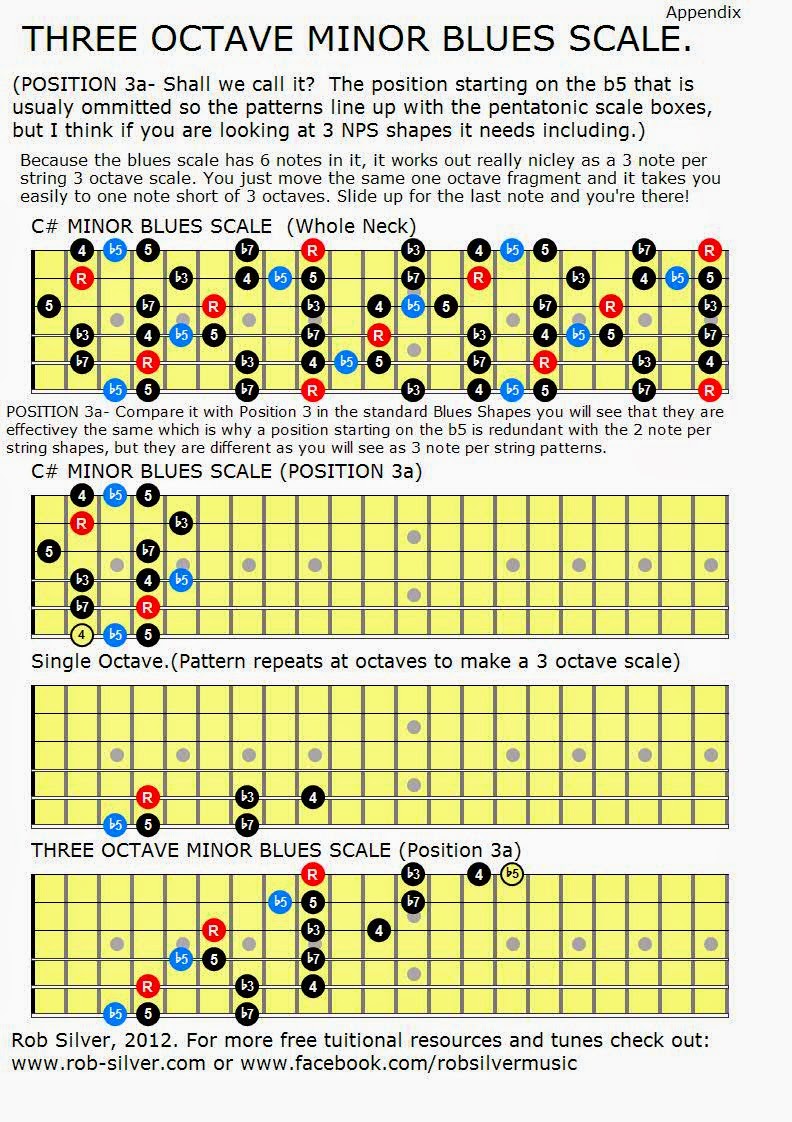 
SUPPORT THE BLOG!!! CLICK HERE TO BUY THIS CONTENT FOR KINDLE OR IN PRINT AT AMAZON.CO.UK
Posted by Rob Silver at 2:45 PM