One of the main scales in Balinese music.

Online, sources seem to vary as to how many notes are in it. Wikipedia seems convinced there are seven notes (with only 5 being used at one time or something) and a few guitar sites show it as a five note scale, but I'm going to go with the version I originally learned when I was a kid, and to be fair, forgot about, having barely used it.

It all came flooding back though when I started publishing all this stuff. I learned it as a six note scale from an excellent book called THE GUITAR GRIMOIRE. I'm not sure if it's still in print, but if it is, GET ONE! (My copy says 2nd Printing 1992)

The free guitar scale diagrams below lay out the scale for you all over the neck, as a three octave scale and as the various three note per string patterns that will link together to let you play it all over the fretboard in any key. 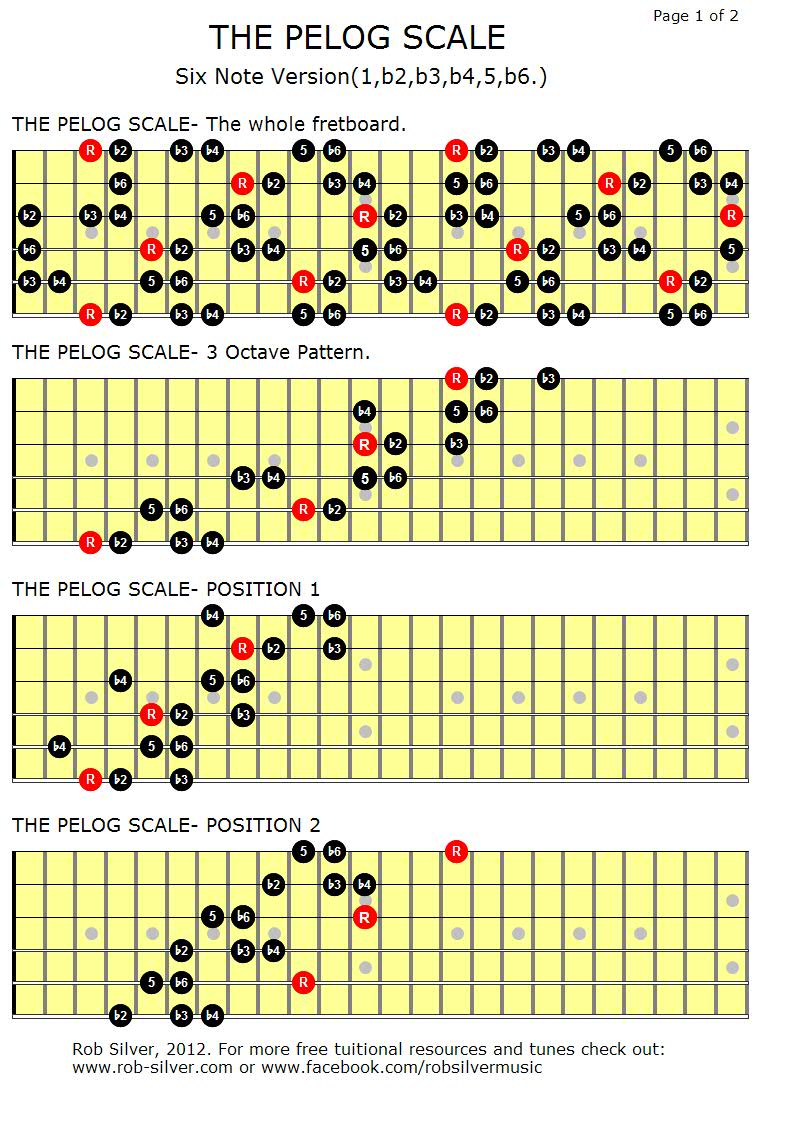 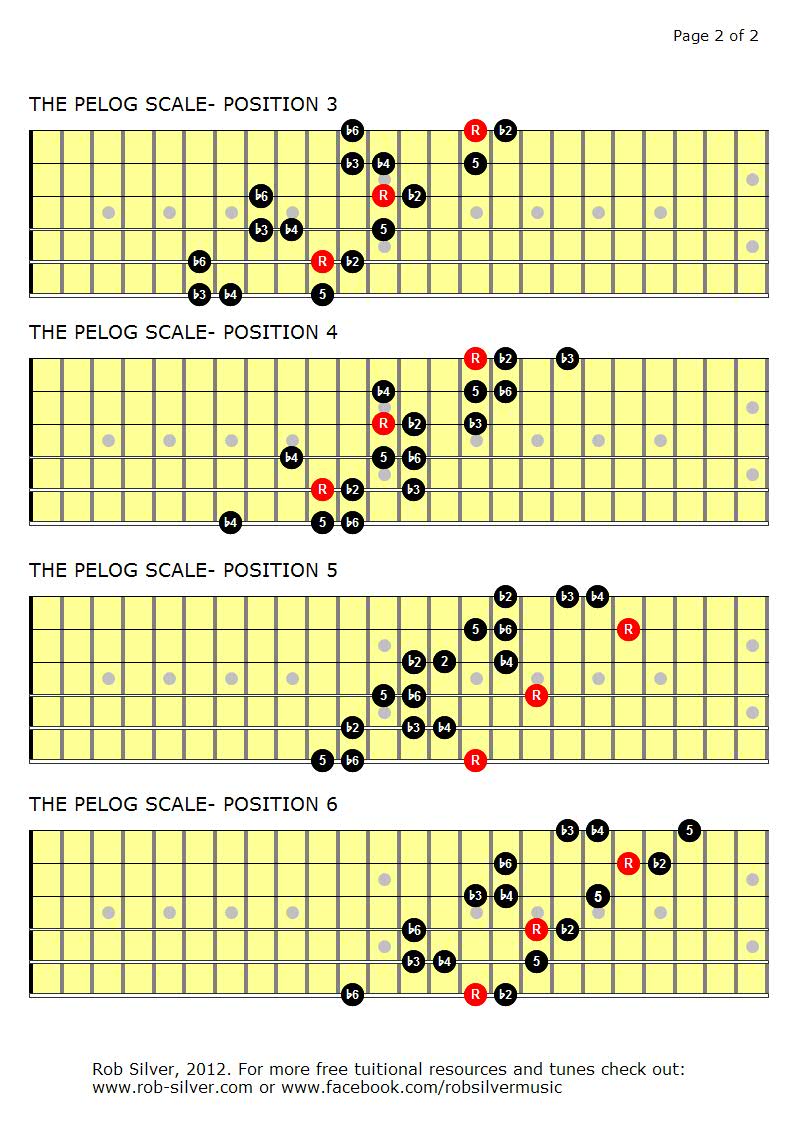