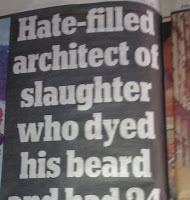 The subject just about says it all...

Not a lot been going on lately. We just had the first THE SOHO COBRAS gig with Charlie on vocals (Video to follow) but I'm moving house and that has kept me busy. I have a new place sorted which will mean there will be a lot more space and being able to leave my gear set up will mean that there'll be a lot of videos and stuff on the way.

I have finally invested in a decent Electro-acoustic. My recent Miyavi obsession and a few looming acoustic gigs meant I had to really.

I tried quite a few but I finally opted for a Yamaha APX900.

It's tuned to D and getting the shit, miyavi-slapped out of it, right now. I am just so impressed with it. It sounds great acoustically, especially when you consider that it's a small bodied acoustic with a cutaway, but plugged in, in is just amazing.

It's also just thin enough that I can play it behind my head and it's black!