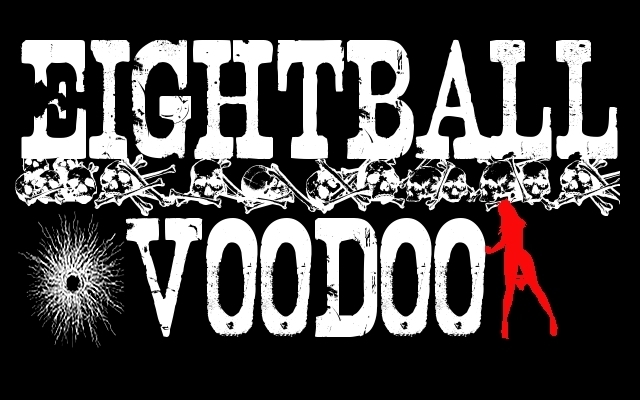 I've been recording some guitars at home for another EIGHTBALL VOODOO Track. I'm very new to recording my own demos. I usually just defer to somebody who likes fiddling with computers, but this time I thought it was time to bite the bullet and do it myself. So armed with a copy of REAPER and my very battered PODxt I got it done!
This did remind me that I hadn't mentioned EIGHTBALL VOODOO here yet, so here goes:
At the moment, the band is an online collaboration. We are going to be playing live once we have an ep together and with band members in London, Australia and South Africa that opens up a lot of possibilities for some foreign guitar toting adventures!
I'd always bean a fan of Jay's voice, well filthy snarl since I'd seen him perform with JACK VIPER so I was really excited when he asked if I wanted to provide some guitars!
We've demoed one track already, "The Devil's Country" which was a reworking off an old PUREDECAY tune. (I've just added the demo to the player on my blog.) There was only ever one PUREDECAY gig, so I'm really pleased that some of the material is getting a second life. Plus there are a bunch more tunes coming shortly.

Eightball voodoo was formed in 2010 by Jay R, the former lead singer and award winning frontman of leading U.K sleaze rockers, JackViper. Jay has recruited the rest of the band of talented rockers from around the world. The low slung guitar attack is led by Rob Silver of The Soho Cobras and formerly of Pistol Kixx and Deangersmith, legendary South African guitarist who has played with numerous important bands from the South African rock/metal scene and more recently the British heavy metal band Mouthful of Flies. Bringing massive thundering metal style drumming is Ralph Margo formerly of Misericord and now also with South African metalheads, Boneyard.
Between them they have logged up multiple releases, soundtracks, hundreds of live shows, radio and television appearances, magazine, newspaper and webzine features and much more!
Proudly sleaze rock with a liberal injection of metal and a dash of punk, Eightball Voodoo create an urgent contempary style. Throw Sunset strip rock, Jack Daniels, gritty real life lyrics, fuck you attitude and gasoline into a mixer and throw in a match and you get Eightball Voodoo.
The Voodoo rockers are here to take the scene by the throat and make sleaze vital for the new generation. Get ready to have your hearts and minds infected by the sleaze rock apocalypse that is EIGHTBALL VOODOO... 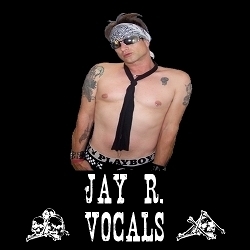 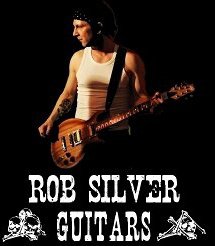 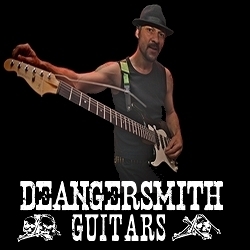 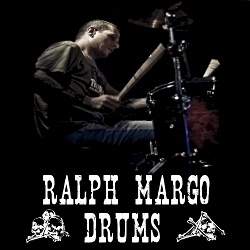