THE SOHO COBRAS have a singer!

After quite a long search we finally have a singer!

If I'm honest, we had been looking for a guy, but after I got an email asking, "Would you try out a girl?" I thought , "Why not."

As long as you bring a voice and some attitude, then we'll give you a go.

I ran through the songs with her last week because we don't have much stuff demoed yet and I was really blown away. She picked up the tracks really quickly and belted them out with more confidence than anyone we had seen before.  It was the first time I'd been singing guide vocals for anyone that tried out and... well, felt embaressed singing along.

We invited her along to rehearsal today and everybody was really fucking impressed. 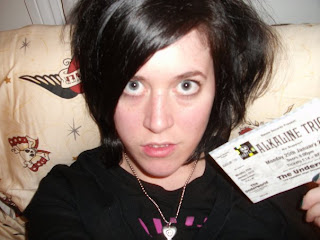 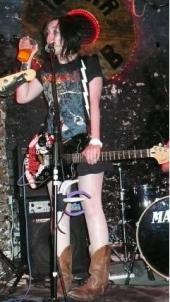 Our first gig is booked for April, so I'm really looking forward to it. We'll be demoing some tracks as soon as we can now that we have vocals in place.
Loads of gigs, here we come!
Posted by Rob Silver at 12:58 AM