Rocking out in Oxford 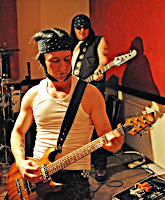 I've had a pretty cool month. I bought TWO new guitars, a beautiful LAG Roxane Classic in a natural mahogany finish in the pics below and a LAG Roxane RF1000 in Cherry sunburst. Both are amazing French made models. More pics of my new toys will follow.

We also had a really fun gig in Oxford on friday. I guess we played pretty sloppily, but we went down really well and had a fantastic time. Two things really stood out for me, a guy in a wheel chair climbed up a flight of stair with just his arms to see us, and for the first time ever we had literally everyone in the place singing along. I could hear people shouting the chorus to a couple of songs over my half stack! So it's all good.
We also got some cool pics from Johnny Moto a few of which are posted here.
There was also some live video to the last song "Triple-X" which we probably shouldn't have played until we had rehearsed it more, but we had run out of songs for the encore!

Here's the video anyway, you get the end of "FDR" and all of "Triple-X". 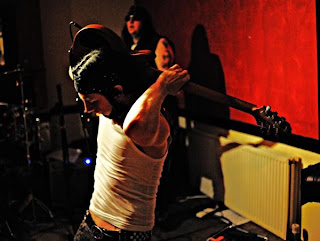 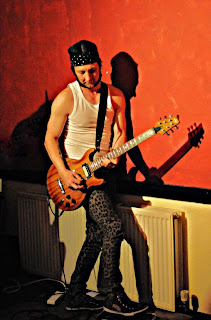 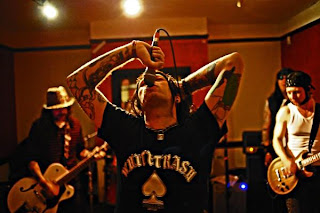 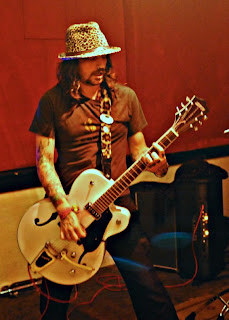 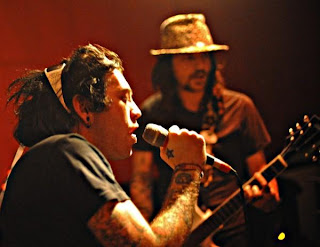 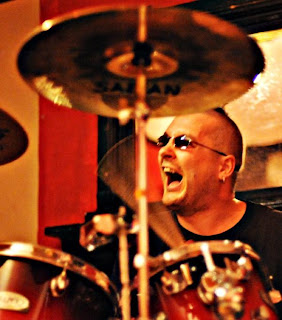