THE PISTOL KIXX CATALOGUE, ALL FOR FREE

Just a little reminder that the entire PISTOL KIXX  back catalogue is available for download completely free on last.fm


So go download it and get some sleazy rock n roll into your life!


YOU CAN GET THE LIVE ALBUM HERE 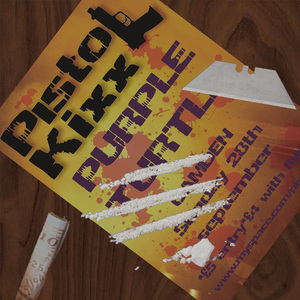 YOU CAN GET THE STUDIO ALBUM HERE! 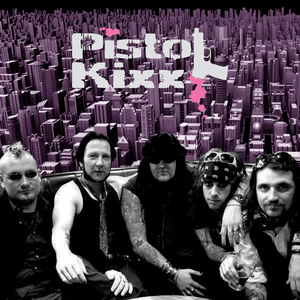 PISTOL KIXX are a frantic fusion of sleaze, blues, punk and classic rock!. Their sound brings together influences from old skool punk through 80’s glam and sleaze and even blues and classic rock. They combine the no nonsense rock n roll approach of punk and garage rock with the fire and the flash of the 80’s sleaze and hair bands they grew up loving.

The Pistol Kixx idea was formed in March 2006 in the whisky and drug addled mind of singer Carli Hart. The band went through a few line-ups with Carli and Sober Dave on bass and then rhythm guitar being the only constant members. Towards the end 2007 the present line-up came together with Steevi and Mr Wiggles joining on bass and drums, a few weeks later the final piece of the puzzle came in the shape of lead guitarist Rob Silver.
Suddenly the right personalities were in the room together, everyone just “got it” and things started to happen. A few weeks later, the band was opening for the “Dog D’amour,” and haven’t stopped playing live at any opportunity since.

Pistol Kixx have been touring the UK inflicting their raw and relentless live show on fans, leaving a leaving a trail of empty bottles and anarchy in their wake.
They will play anywhere for petrol money and a bottle of tequila.